Vitamin B3 AKA Niacin 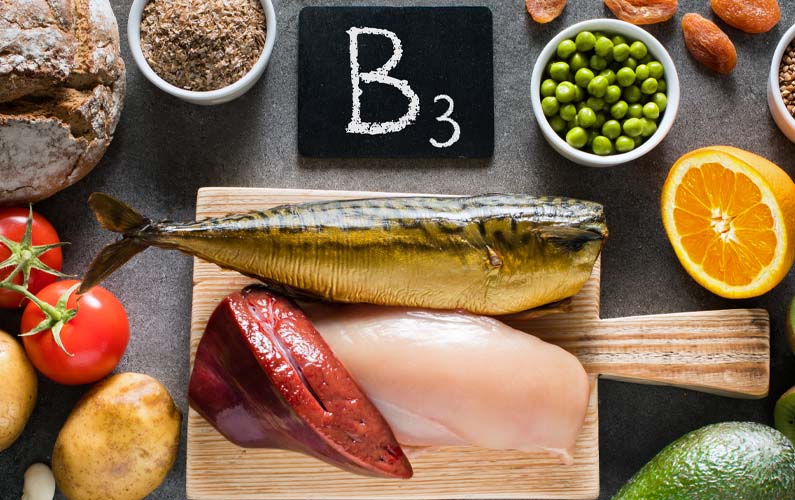 In these next 2 emails, we’re going to cover some really important B vitamins when it comes to mental and emotional health: Vitamin B3 (or Niacin) and Vitamin B6. These are a couple of nutrients that should be tested if you’re dealing with any kind of mental health challenges, including depression and anxiety.

Unfortunately, these vitamins are typically overlooked by conventional medicine. If you are able to get lab tests done, the reference ranges given on the lab reports are generally based on a sick population rather than on optimal levels.

The good news is that integrative doctors will often test these vitamins and will work toward helping you achieve healthy, optimal levels. Doing so may go a long way toward improving your mental and emotional health.

Vitamin B3 or Niacin is another water-soluble vitamin that can have a large impact on mental health. While, niacinamide, nicotinic acid, and inositol hexanicotinate are forms of niacin, they are not equivalent and will not have the same effects. The recommended intake of B3 for most people is 14-18 mg per day. However, some people may require more than that to address a deficiency (1)

An extreme Niacin deficiency is diagnosed as a condition called pellagra. Symptoms of pellagra include a rash that appears on the skin when exposed to sunlight, a bright red tongue, and gut-brain issues. Because of the fortification of foods, that condition is now uncommon. (1)

However, a deficiency that isn’t quite that extreme can also cause a lot of health issues, such as: (2)

How can you become deficient in in niacin? One reason is that you may not be eating enough food sources of niacin. Some examples are meat, fish, dairy, eggs, and green vegetables. (3)

It’s also possible that you’re just not absorbing the Niacin you do take in. For example, if you have any gut problems (including Inflammatory Bowel Disease, for example), you may not be able to absorb nutrients well. (4)

Another possibility for deficiency is not taking in enough of other nutrients. Niacin depends on Tryptophan to be made and is obtained from eating meat. These other nutrients include: Vitamin B2, Vitamin B6, or Iron. That’s why it’s important to make sure you have enough of all the B vitamins and that you’re not anemic. (4)

Of course, it is possible to have too much of a good thing.

Niacin is very safe and it’s difficult to take too much straight Niacin. However, it can be done with extremely high supplementation, which people have done to mask drugs in urine testing.

As mentioned earlier, Vitamin B6 helps the body to get enough Niacin. We’ll cover this important nutrient in the next email as well as how to test/measure for both.

Get a quick start Assessment

B VitaminsVitamin B3 AKA Niacin